Join us this Saturday for the last of our July lunchtime recital series at St Clement's. This weekend we're welcoming baritone Felix Kemp with pianist Timothy End as they perform a programme of English Song and Lieder. The recital will include Vaughan-Williams's Songs of Travel and Schumann's Dichterliebe.

Felix Kemp recently performed with English Touring Opera for their Spring Tour 2017 and will perform the role of Masetto in Don Giovanni for British Youth Opera this September. He has also sung for Grange Park Opera and Wexford Festival Opera. Felix and Timothy performed together in masterclasses and in recital as part of the Oxford Lieder Festival 2016.

A multiple first-prize winner, Timothy End was awarded both the Pianist and Duo Prize at the Wigmore Hall Song Competition. He is an Associate of the Royal Academy of Music, a Samling Scholar, and performing highlights include BBC Radio 3's In Tune and Wigmore Hall. 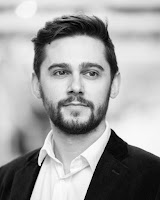 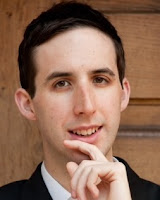 Posted by St Clement's Church, Cambridge at 17:49 No comments:

Our Saturday Lunchtime Recital series continues this weekend as we welcome Georgios Vardakis from the Trinity Laban Conservatoire in London. Georgios is an accomplished pianist, with additional interests in composition and improvisation, currently pursuing further studies in the UK under pianist Martino Tirimo.

He is bringing an exciting programme spanning centuries, playing on our newly acquired Beckhardt Grand Piano. 1pm start with free entry. A retiring collection and donations will be taken to support furhter growth of music at St Clement's, including contributing to our Organ Restoration Fund. We hope you are able to join us there. 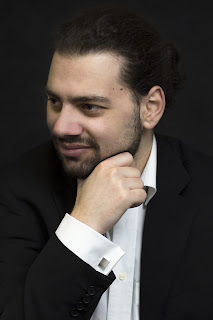 Join us this Saturday for the next of our weekly recitals this month, as we welcome past Cambridge students Anna Lush (soprano) and Alex Davan-Wetton (piano) who will be performing a selection of baroque arias and keyboard music by Henry Purcell and John Blow. 1pm this Saturday with free entry. A retiring collection and donations will be gratefully received.

***
Anna Lush studied music at Fitzwilliam College, Cambridge. She was a choral scholar in the choir of Trinity College for two years, before going on to conduct the Fitzwilliam College Chapel Choir in her final year. She has appeared as a soloist with the Orchestra on the Hill in works such as Handel's Messiah, and Bach's Magnificat. After graduating in 2016, Anna went on to do a secondary music PGCE course in London, and will begin teaching full time at a school in South West London in September.

Alex was a Music Scholar at Tonbridge School, and subsequently studied Natural Sciences at Queens’ College, Cambridge. There, he sang with Queens' College Chapel Choir as well as founding and conducting the Stanford Orchestra. Alex is now Musical Director of the Godwine Choir, conducting the concert première and recording of Roderick Williams’s Christmas Bells for the Financial Times in 2014. As a pianist, Alex studied with Vincent Barrella and Stephen Coombs and has accompanied recitals in Cambridge, London, Kent, and Ireland.

Posted by St Clement's Church, Cambridge at 15:26 No comments:

Join us for our final Taizé service at St Clement's before the summer holiday. A quiet and contemplative service of readings, prayer, chanting and silence. All are welcome, and we hope to see many of you there. 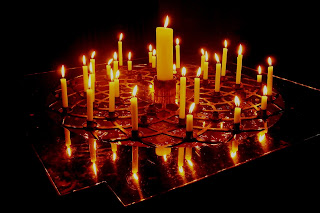 Posted by St Clement's Church, Cambridge at 09:42 No comments:

The Orlando Singers are returning to St Clement's this Saturday with a sparkling programme of English madrigals, flower songs, and Dvorak's sublime Songs of Nature. This is the last chance to hear their summer programme before the choir returns in November with Haydn's Nelson Mass performed on 18th November in Queens' Chapel. The Orlandos are a chamber choir based locally in Chesterton, currently conducted by our own Director of Music, Karol Jaworski.

Saturday 8th July at 1pm. Free entry with retiring collection and donations in aid of the Organ Restoration Fund at St Clement's and also charities that the Orlandos are supporting in memory of a past choir member: the Addenbrooke's Charitable Trust, and the Multiple Sclerosis Society. We hope to see you there. 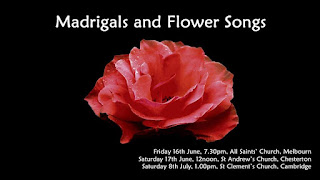 Welcome to our blog, hoping to keep you up to date with the latest news and events at St Clement's. Please visit regularly for updates on what's happening in our church, and check out our Website and Facebook page for more information.